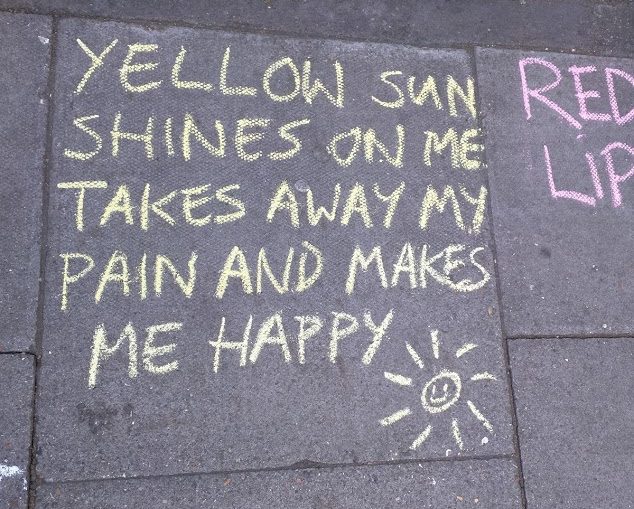 These psychogeographic graffiti poems were made in response to the theme: ‘To Seriously Entertain the Possible’

– it’s a quote taken from a Singaporean conceptual artist called Lim Tzay Chuen whose Alter series consists of public interventions that teases out the irrationality at play within the curatorial process where an inordinate amount of effort is invested into realising the vision of each individual artist – and challenges the curator to push the limits to which the institution might go to realise a work of art. He once tried to negotiate the transport of an 80-tonne, stone sculpted national icon called the Merlion (that he called Mike) to Venice for the Singapore Pavilion at the Venice Biennale. Lim’s work pushes for ‘the enfranchisement of individuals and their aspirations, no matter how odd, as something that really matters’ (Lee 2005: 88). 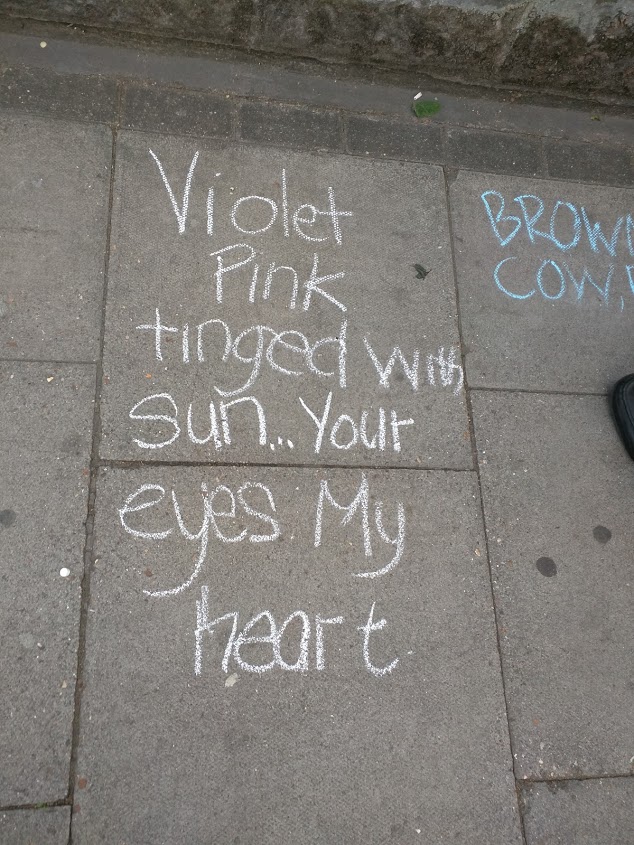 so told each other one minute stories about things we heard, saw and smelled that day. We then made graffiti poems out of colours (petals, leaves, string, paper, bits they found on the floor and in the garden) that they collected on carpet tape. 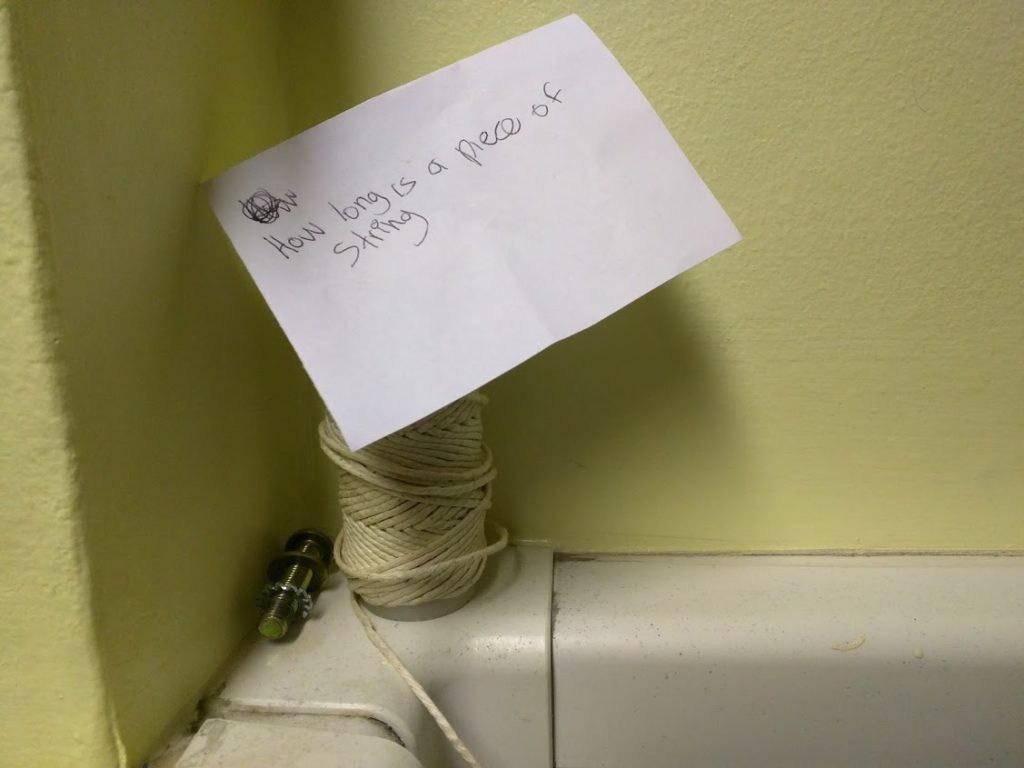 These exercises were intended to open up ways of attending to opportunities for beauty in a city environment that is often perceived of as drab, grey, concrete. I wondered if attending to unexpected beauty could offer a fresh perspective to the impossible in our lives. The graffiti poems were written on the pavement outside, as little messages that were meant to make passers-by smile, and perhaps, notice the beauty in the environment around them. A few people passing by were very curious, smiling at the poems and asking the participants if they were chalk artists. We said yes. 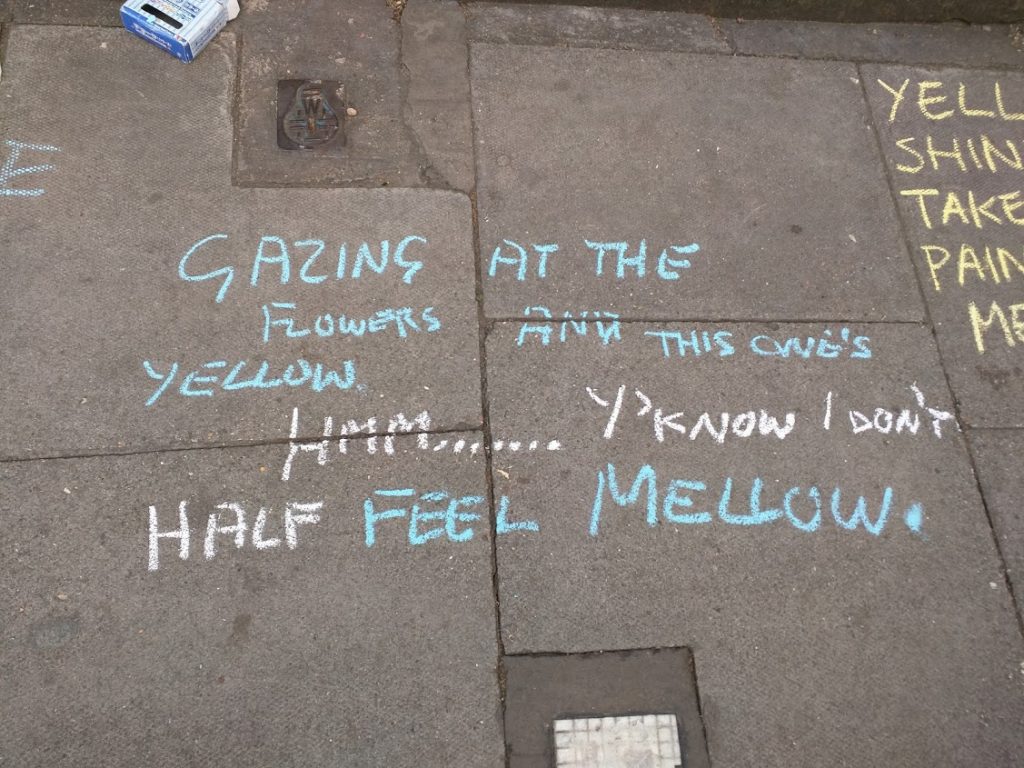 Then we went inside to create improvisations: these were centred on things (deliberately vague) that seem impossible:

Julia, R and S made a time machine where one could be in two places at the same time

M and J were at a job centre where J is looking for a job, but M finally finds the job he wants, by being a job centre manager.

M, S and T did a moving abstract piece about being stuck in a box with voices that kept putting him down. In the end, T said, “I can live with me. I can make it good” and that helped him calm the negative voices. 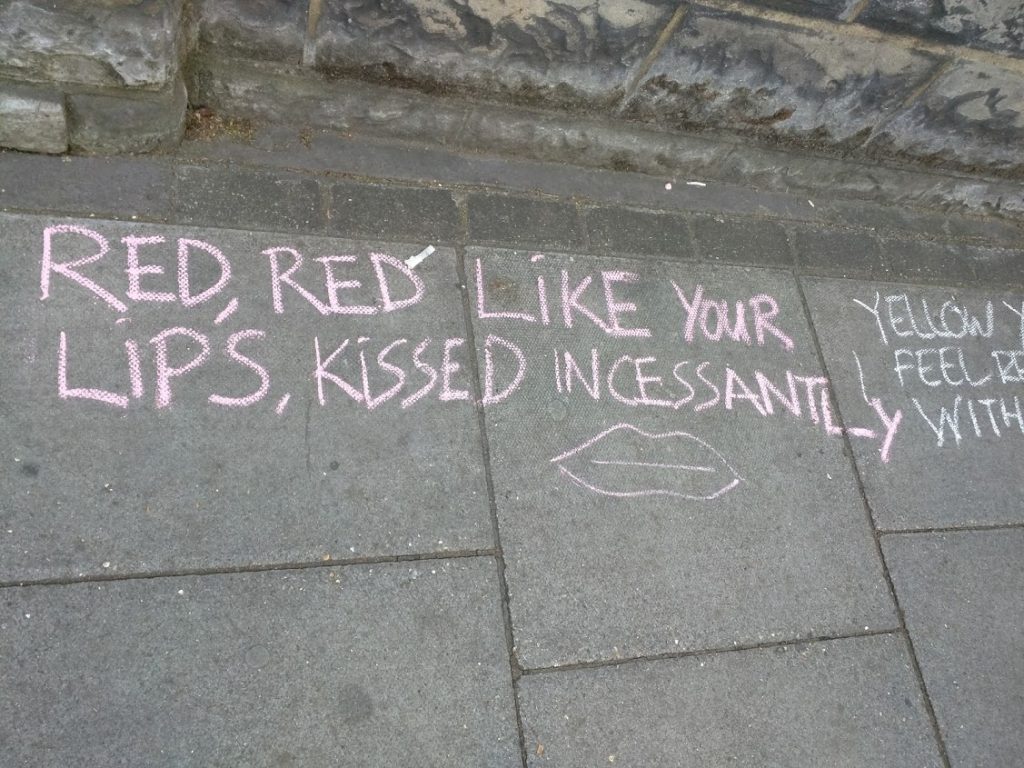 Perhaps, being playful with graffiti poems and improvisation allows us to test the boundaries of the practical, together. The playfulness seemed to initiate a sense of possibility, to seriously entertain the possible in ways that might temporarily disrupt the pragmatic and practical expectations that are so readily socially validated.

They created enabling relationships (within the improvisation) between the participants even though they didn’t necessarily know each other well. Some of the participants were here for the first time. And maybe, just maybe, it is moments of possibility like these that remind us to take these impossible aspirations seriously, as aspirations that really matter, no matter how odd they might seem. 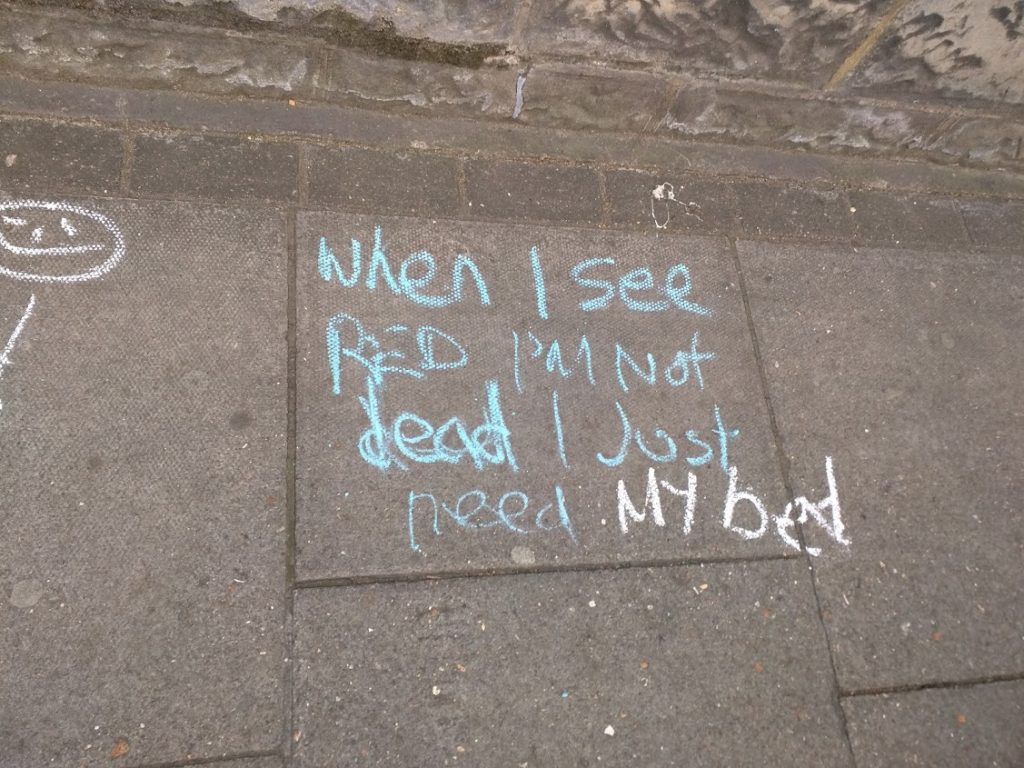