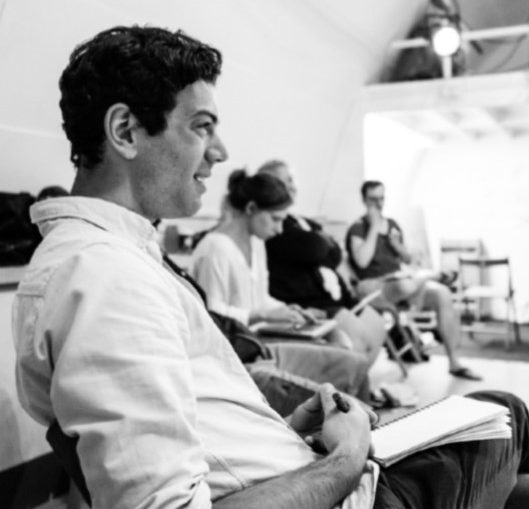 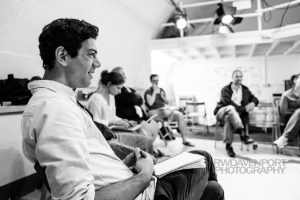 Outside Edge Theatre Company—the UK’s only theatre company focused on addiction—is thrilled to announce that Matt Steinberg will become the new Artistic Director and CEO in June 2018.

Matt Steinberg is an award-winning director and actor. Directing credits include Southwark Playhouse, Theatre503, Iford Arts, New Diorama and Toronto’s Tarragon Theatre. His recent production at this year’s VAULT Festival of Tumulus was an innovative exploration of ‘chemsex’ addiction and won the Origins Award for Outstanding New Work.

His work as an actor includes productions at the Finborough Theatre, the Stratford Festival of Canada, New York’s Ensemble Studio Theatre and Classic Stage Company. Matt has also featured in television series The Best Years and Degrassi: The Next Generation, and in films Kick Ass 2 and Dirty Work. Matt was a New Generation Artist at Iford Arts. He was awarded Equity Charitable Trust’s John Fernald Award for Emerging Directors, the Tyrone Guthrie Award from the Stratford Festival and the Christopher Plummer Award from Shakespeare’s Globe Centre Canada.

Matt succeeds Susie Miller, who steps down after three years as Artistic Director of Outside Edge. Matt will announce his first season of theatre and participatory workshops in the autumn.

Matt Steinberg says: “Outside Edge combines everything I love about theatre: its ability to shine a light on uncomfortable subjects and to make a direct impact on the community. I’m beyond excited to build on Phil Fox’s pioneering legacy and Susie Miller’s visionary leadership. As the company approaches its 20th birthday I feel honoured to work with our audiences, artists and actors to continue creating the vital theatre Outside Edge is renowned for.”

Patricia Herbig, Chair of the Board, says: “We are excited to have Matt Steinberg join us at Outside Edge in our newly created role of Artistic Director and CEO. In addition to his experience as an actor, workshop leader and director in Canada, New York and London, Matt brings new energy, creativity, and organisational and fund-raising skills as well as a wide range of contacts to our company. We are very much looking forward to Matt’s leadership, energy and drive helping to fulfil Outside Edge’s mission: to support people in their recovery from addiction.”