You are here
Home > Theatre > Tumulus

When Anthony’s one-night stand is found dead on Hampstead Heath, everyone assumes that he is another casualty of London’s chemsex culture.

When a second body is discovered, Anthony suspects foul play and is thrust into a world of drugs and addiction to uncover the truth.

This award-winning thriller sold out at VAULT Festival 2018, and now transfers to Soho Theatre for a limited time.

‘THIS THEATRICAL EXPERIENCE COMES AT YOU LIKE AN EXPRESS TRAIN HURTLING DOWN THE TRACKS.’★★★★ Boyz

Post-show discussions presented in association with world-leading sexual health clinic 56 Dean Street and Outside Edge Theatre Company – the UK’s only theatre company focused on substance use and addiction.

Pick of the Festival – The Stage 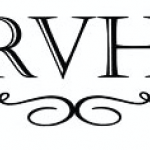